A side benefit of my experiment is that by the time I’m done I may be hired by The New York Times as their official Chinese film critic. If not, I can at least be a top critic at rottentofu.com (Hmmm, I wonder if that domain has already been registered. Let me check . . . No! It was available, so I just registered it myself – haha! If you don’t believe me, go ahead and search for the registration information at http://www.register.com/whois.rcmx). Best $5 I ever spent!

So let me know if you have any ideas for my new website, www.rottentofu.com. I’m not sure when I’ll actually set it up, but the basic idea, that I have been carefully crafting over the past few seconds, is to create a website specializing in reviews of Asian films.

Of course, I’m joking about becoming a film critic (not about the website), but I am gradually becoming a Chinese cinephile. I’ve begun paying more attention to Chinese actors and directors than I ever did with Hollywood. In the past, I’ve rarely chosen to watch movies primarily because of the cast, much less the director. However, as it becomes increasingly difficult for me, as a Westerner living in Brazil, to find high-quality films in Mandarin, I think I will begin doing just that: searching for all the films made by the directors I admire, and to a lesser extent starring the actors that I most enjoy watching.

Fortunately, I have my Chinese films table, which I have reworked to start analyzing—and to share with you—the cast and directors from the movies I’ve watched thus far. You can see the results at the end of this post.

I didn’t even realize until I began tabulating this data that I already have a clear favorite as a director: Zhang Yimou. Out of the 20 Chinese movies that I have watched so far and consider good cinema, an astounding seven of them were directed by Zhang. Here’s a short biography, mostly based on information available from Wikipedia.

Zhang was born in Shaanxi Province. His father had fought for Chiang Kai-Shek’s army during the Chinese Civil War, and his uncle and older brother fled to Taiwan, leading to problems for Zhang early in life. He worked as a farm laborer and in a textile mill for many years before studying photography and cinema and subsequently becoming a successful director.

Seven of his films have been the Chinese submission for the Academy Award for Best Foreign Language film and one was the Hong Kong submission; three of these were nominated, although none took first prize.

An interesting fact is that Zhang’s career grew in tandem with that of actress Gong Li. His first seven films, between 1987 and 1995, starred Gong Li as lead actress. By the time they were making Shanghai Triad together, in 1995, they were also romantically involved, but their personal and professional relationship ended with that film. Gong Li would appear in a Zhang Yimou film again only in 2006.

In the interim, Zhang made three great movies from my list with another gorgeous and talented actress, Zhang Ziyi: The Road Home, Hero, and House of Flying Daggers. Meanwhile, Gong Li continued her stellar acting career with other directors, including the film The Emperor and the Assassin, which I enjoyed and also recommend. Interestingly, she also worked alongside Zhang Ziyi in Memoirs of a Geisha—which generated intense controversy, since the geishas were played by star Chinese, and not Japanese, actresses in this Steven Spielberg film!

Curse of the Golden Flower reinstated Gong Li and Zhang Yimou’s professional relationship. Zhang’s latest movie, Coming Home (which I have not watched as it is apparently not yet available for download) also stars Gong Li. I can’t wait to see it!

Here is the list of my recommended Chinese movies in Mandarin. I’ve grouped the list by director. You will note that another director is quite prominent on my list, Ang Lee (a Taiwanese American). It’s surprising that more than half of my 20 recommended Chinese Mandarin-language films were directed by just two people. For those not yet familiar with my complete list, the aggregate score is based on a variety of factors—the most heavily weighted being my personal ratings, Rotten Tomatoes critics ratings, and IMDb users ratings.

I’m pleased to announce that I’ve posted my third ever Qiao Hu study guide. This episode also has a vocabulary review at the end, so start at minute 21:00, then watch the whole thing. Read through the study guide ahead of time, and keep it open for reference, so that you know what to keep an eye out for. You can also use the study guide to as a prod to mentally review the vocabulary you’ve learned.

In next week’s post, I’ll tell you about a new project within my experiment, which I hope will help me better consolidate the vocabulary I glean from videos, and may also, one day, be the beginnings of a Mandarin learning method I can prepare for regular students of the language, based on videos, of course!

I downloaded and began to watch Curse of the Golden Flower, with one of my favorite Chinese actors, the beautiful Gong Li. So please come back for a review of that movie next week, and an updated films file. 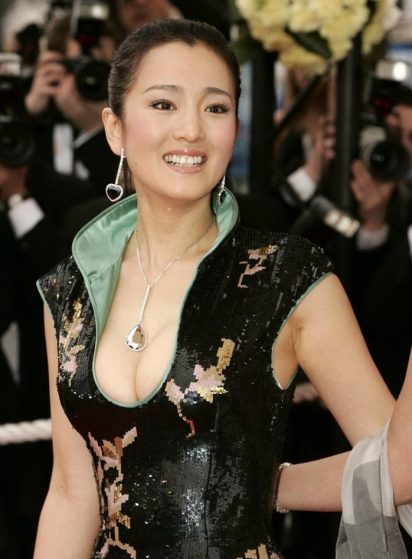